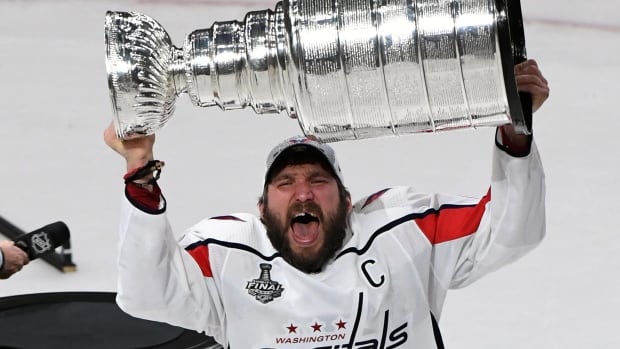 Alex Ovechkin has some advice for the Toronto Maple Leafs if they want to win a Stanley Cup.

“They’re still a young group of guys. Hopefully they’re going to learn, but … it’s up to them how they want to do it,” Ovechkin told reporters prior to his team’s game in Toronto against the Leafs on Tuesday. “If they want to play for yourself or if they want to win a Stanley Cup, they’ll have to play differently.

The Washington Capitals star, who won his first championship in his 13th NHL season, offered his own experience as a guide, pointing to the playoff failures the Capitals endured and the lessons the team learned from them before finally winning it all in 2018.

“It helps a lot when a core group of guys stay together, coaching staff, players,” Ovechkin said. “It took us four years with [former coach] Barry Trotz to realize what you have to do. We make mistakes, the coaching staff makes mistakes. When we get a chance to take it to another level, we all came together and it worked.”

Ovi says the Leafs need to ‘figure out if they’re playing for themselves or for a Stanley Cup’ and if they want to win they need to play differently 👀 <a href=”https://t.co/oWTV5qUfmn”>pic.twitter.com/oWTV5qUfmn</a>

The Leafs, pre-season contenders to win the Cup, have struggled and at 6-5-2 heading into Tuesday sit fourth in the Atlantic Division. Young stars Mitch Marner and Auston Matthews lead the team in scoring and both signed multi-million dollar contract extensions prior to this season.

The Leafs have made the playoffs in each of the past three seasons, only to lose in the first round, including in 2017 to Ovechkin and the Capitals.