Bob Boughner has become the latest coach to pay for Florida’s almost-annual inability to reach the Stanley Cup playoffs.

The Panthers fired Boughner on Sunday, ending his two-year tenure with the team with one year remaining on his contract. The Panthers didn’t make the post-season in either of those years and now has missed the playoffs 16 times in the last 18 seasons.

In Boughner’s first stint as an NHL head coach, Florida won 80 of its 164 games with him on the bench. Assistant coach Paul McFarlane also was fired.

Florida was ninth in goals per game this season, had the league’s second-best power play unit and was 10th in penalty killing. But the Panthers were horrible on defence and were one of the worst teams in the league in one-goal games.

“We didn’t meet expectations this season and share responsibility for that fact,” Tallon said. “After careful evaluation, we have determined that this is a necessary first step for our young team and we will seek to identify a transformative, experienced head coach with Stanley Cup pedigree to lead our team going forward.”

The Panthers just completed their 25th season, and their next coach — assuming it isn’t one of the former coaches — will be the 16th to lead the franchise. Of the 15 coaches, Boughner included, 14 never won a playoff series, 12 never won a playoff game and 11 never even got to the post-season with Florida.

The Panthers haven’t won a playoff series since 1996. None of the last 13 coaches could change that. Tallon will hold a news conference Monday to discuss what comes next.

Florida missed the playoffs by one point in Boughner’s first season. The Panthers missed the playoffs by 12 points this season, wasting a year in which Aleksander Barkov set a club record with 96 points and the team had three 30-goal scorers. Mike Hoffman had 36 goals, Barkov had 35 and Jonathan Huberdeau finished with 30 goals and 92 points.

Florida was one of three teams this season that had four players score at least 28 goals, when adding Evgenii Dadonov to the list of Hoffman, Barkov and Huberdeau. The other two — Tampa Bay and San Jose — are going to the playoffs.

So another Florida off-season begins in familiar fashion — looking for a coach. There are personnel decisions to make, and 40-year-old goaltender Roberto Luongo plans on taking some time before deciding whether he’ll be back, but the Panthers are officially in flux once again.

Housley out in Buffalo

The move came a day after the Sabres closed their season with a 7-1 win at Detroit. The Sabres finished 13th in the Eastern Conference standings and joined the 2016-17 Philadelphia Flyers in becoming the second of 50 NHL teams to miss the playoffs in the same season in which they won at least 10 straight games.

The 55-year-old Housley is a Hall of Fame defenceman who spent his first eight NHL seasons playing in Buffalo but failed to restore any semblance of success to a franchise that hasn’t won a playoff round since reaching the East finals in 2007. 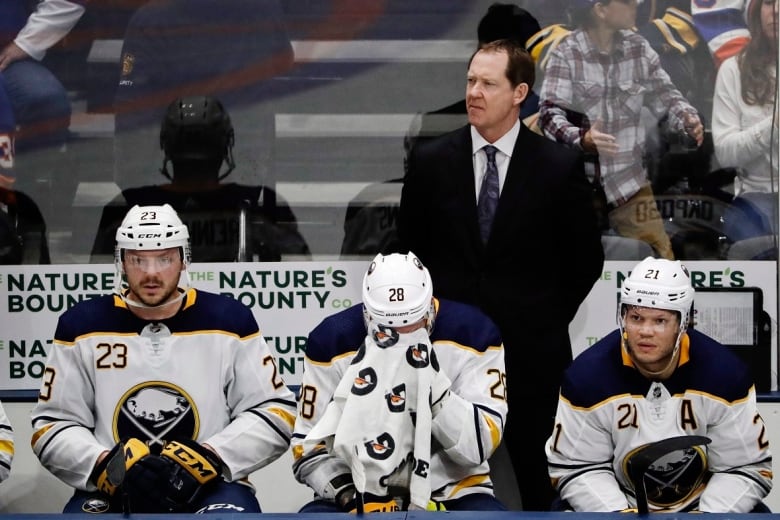 Housley’s firing comes after the Sabres endured a lengthy collapse over the final four months.

They went 2-7-1 in their final 10 games and were 16-33-8 since enjoying a franchise-record-matching 10-game winning streak that ended in late November.

The Los Angeles Kings also said Sunday that Willie Desjardins is not a candidate to become the next head coach after serving in an interim role for most of the season.

“We thanked Willie Desjardins for his effort and dedication while serving as our interim head coach,” general manager Rob Blake said. “We wish Willie and his family nothing but the best going forward. The process for hiring our next head coach is underway and we look forward to conducting a thorough search for the right person to lead our team.”

Desjardins said after Saturday’s 5-2 victory over the Vegas Golden Knights that he was going to enjoy the win and worry about his coaching future in the coming weeks. 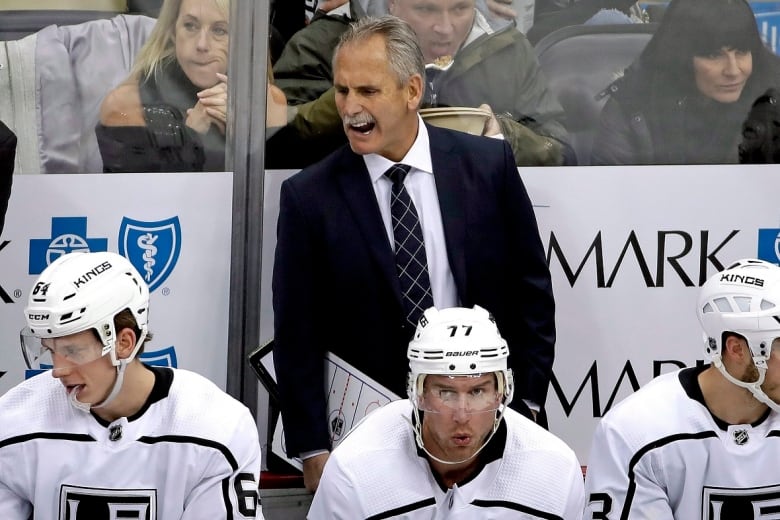 “It was an honour to coach the team and be a great part of it,” he said. “We went into some tough situations and got some wins.”

The Kings were 27-34-8 under Desjardins, who was hired on Nov. 4 as the interim coach after John Stevens was fired 13 games into the season.

Los Angeles — which is missing the Stanley Cup Playoffs for the third time in five seasons — finished last in the Western Conference with 71 points and had the second-fewest points in the NHL. It is the Kings’ lowest point total since 2007-08, when they also had 71 points and tied Tampa Bay for the NHL’s worst mark.

The Kings will have three of the first 35 picks in the draft. They have a 13.5% chance of landing the top overall pick when the draft lottery is held on Wednesday in Toronto.