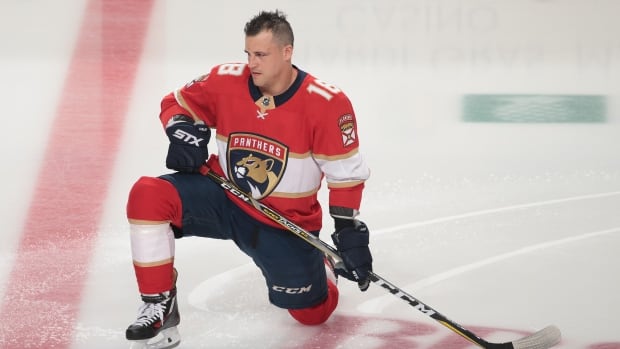 The NHL and union said Friday that Haley will be away from the team while taking part in the program.

“Michael is a valued part of our team and Panthers family,” Dale Tallon, the Panthers’ president and general manager, said in a statement. “He has our full support as he takes the time he needs to tend to this matter.”

The 32-year-old Haley had three goals and six assists in 75 games last season for the Panthers. He has eight goals and 17 assists in 205 career NHL games with the New York Islanders, New York Rangers, San Jose Sharks and Florida.