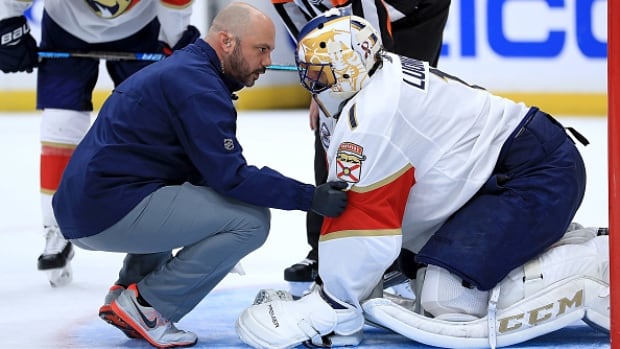 The Florida Panthers put goaltender Roberto Luongo on injured reserve Sunday, one day after a right knee injury knocked the veteran out of his team’s season-opening loss at Tampa Bay.

The move will sideline Luongo for at least a week, and means that James Reimer will likely start Florida’s home opener Thursday against Columbus.

The Panthers did not update the severity of Luongo’s injury Sunday. Luongo got hurt when teammate Frank Vatrano fell into him during Saturday’s second period.

Reimer will be backed up, at least in the short term, by Michael Hutchinson. Florida signed Hutchinson over the summer in an effort to stockpile goalie depth, a move that Panthers coach Bob Boughner says was critically important.