Hockey season is over, but Jets forward Patrik Laine is still a hero to children — even thousands of kilometres in the air.

After his flight bound for Helsinki, Finland had to make an emergency landing Monday, people on board the flight told CBC News he comforted some of the kids on board who were upset.

​The plane had to land in Paris after departing from Malaga, Spain. A passenger who was apparently drunk had been causing a disturbance, Finnish newspaper Ilta-Sanomat reported. 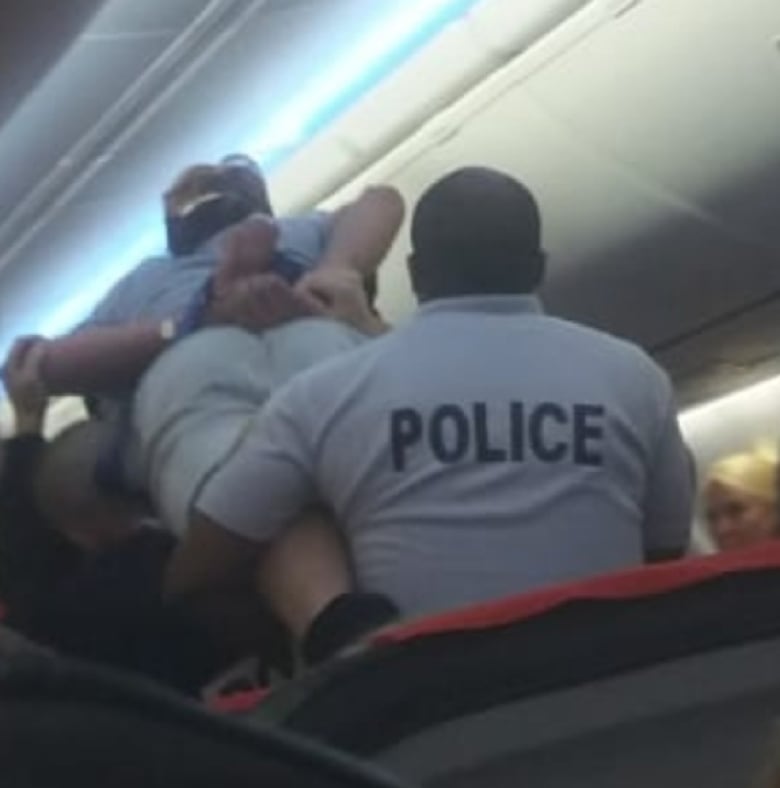 A person is removed from a Norwegian Air flight from Spain to Helsinki, Finland. (Submitted)

Laine is a fan favourite in Winnipeg, and reached hero status as a goals streak propelled the Jets to finish second in their division.

The 20-year-old also won fans’ hearts with an article about how “Winnipeg is good” and a lucky beard that was the brunt of many jokes. He’s a big deal in Finland, too.

This isn’t the first time he’s stepped up for young fans either. One time he turned up for a young fan’s birthday party. 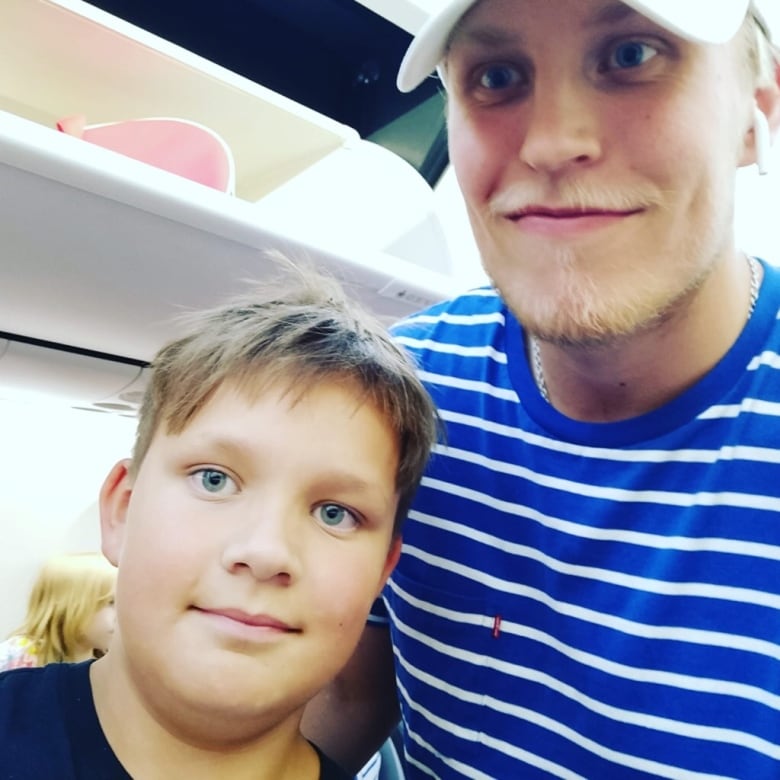 Aleksei, 9, relaxes with Winnipeg Jets forward Patrik Laine after their plane had to make a stop in Paris due to an unruly passenger. (Submitted)