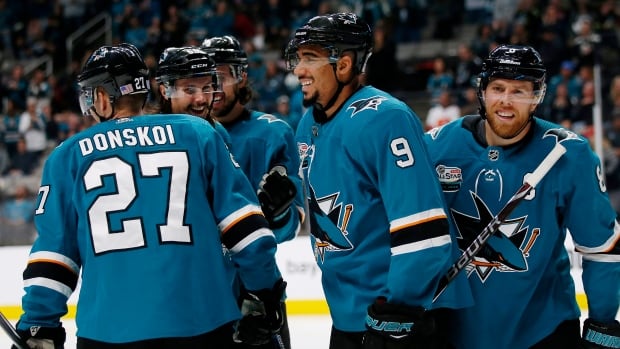 Evander Kane and Joonas Donskoi each had a goal and an assist for the Sharks, who snapped a two-game skid and had lost four of their previous six.

Sean Monahan scored and Mike Smith had 26 saves for the Flames, who had won five of their previous six.

Jones stopped a penalty shot from Sam Bennett with 7:38 left in the third period with Calgary trailing 2-1.

Kane put the Sharks ahead 50 seconds into the game with his sixth of the season. The 27-year-old forward, who is in his 10th season with his fourth team, has 10 goals and six assists in 11 games against the Flames.

Donskoi scored less than a minute and a half into the second with is fourth.

The Flames capitalized on a turnover as Monahan scored a breakaway at 6:02 of the second to make it 2-1. Mark Jankowski assisted Monahan’s goal after taking the puck away from Erik Karlsson.

Pavelski scored an empty-netter in the final minute.