Mark Stone made it clear he wants to stay in the nation’s capital.

Now it’s up to the Ottawa Senators and the winger’s agent to get it done.

And they aren’t alone in a league where a number of big names could hit unrestricted free agency this summer.

Stone told reporters Tuesday — the first day he could officially sign a new contract after the two sides agreed to a one-year, US$7.35-million deal in August to avoid arbitration — that he hopes to remain with the Senators instead of hitting UFA status July 1.

“I’m expecting (negotiations) to start in the next couple weeks,” Stone said in Ottawa. “My agent and (Senators general manager Pierre Dorion) are going to sit down and see where it goes.”

Stone is just one member of a long list of pending star UFAs.

The situation for Stone and Duchene is interesting as the Senators have made it clear they’re going with youth. Stone, 26, and Duchene, who turns 28 later this month, can both sign eight-year deals in Ottawa, but it will be interesting to see what the team offers and if the players are content to be part of a rebuild.

The Senators, who currently sit near the bottom of the standings, could also choose to trade Stone and/or Duchene, but minus their first-round pick at June’s NHL draft because of the deal to acquire the latter last season, that also poses potential problems for a team already struggling for wins.

For his part, Stone doesn’t expect negotiations to impact his season the rest of the way.

“It hasn’t been a distraction,” said Stone, who had 18 goals 25 assists for 43 points in 40 games heading into Wednesday’s tilt against the Vancouver Canucks. “It hasn’t bothered or phased me one bit.”

Karlsson has started to heat up in San Jose after a slow start, while a playoff team like Columbus might be inclined to risk losing Bobrovsky and Panarin this summer rather than trade either before the February’s deadline in hopes of making a long post-season run.

The hockey world was gripped last June as interested teams made pitches to pending UFA John Tavares before he signed with the Toronto Maple Leafs.

And we could be in for another late June of team executives and coaches trying to convince franchise-altering UFAs to sign. 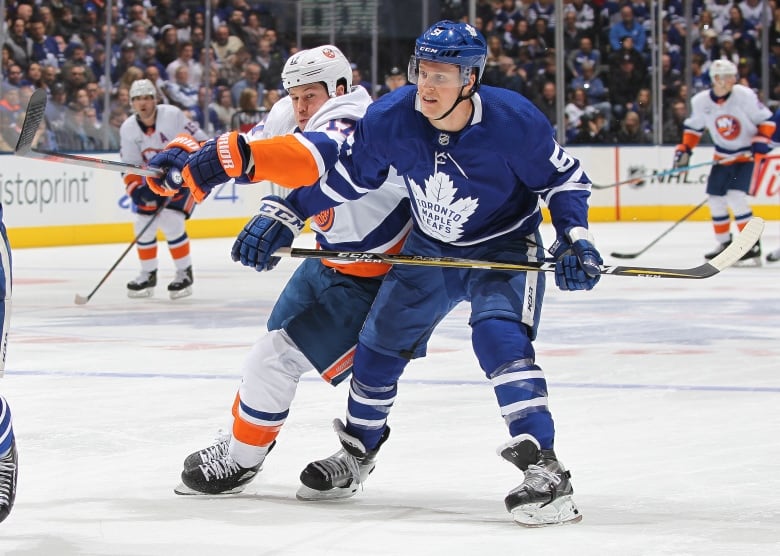 Toronto GM Kyle Dubas said recently he would like to sign Gardiner long-term, but added “it’s not as simple as it sounds,” with Toronto needing to deal with pending restricted free agents Auston Matthews and Mitch Marner.

There could be a salary squeeze in other markets as well with a RFA class that also includes Winnipeg’s Patrik Laine.

Players say all the right things at this time of year, but getting long-term deals done with UFAs this late is also rare.

“This is the only place I’ve ever played,” Stone said. “I’ve loved living in the city of Ottawa, I love playing for this team.

“I’ve loved my time here and hopefully it can continue.”

Jacob Markstrom seems to have figured things out. The Vancouver goalie had the best numbers among netminders with at least nine starts in December, compiling an 8-1-0 record to go along with a 1.66 goals-against average and a .943 save percentage. Markstrom’s only loss during that stretch for the Canucks, who are in the middle of a six-game road trip that wraps up Saturday in Toronto, was a 1-0 loss to the Winnipeg Jets. 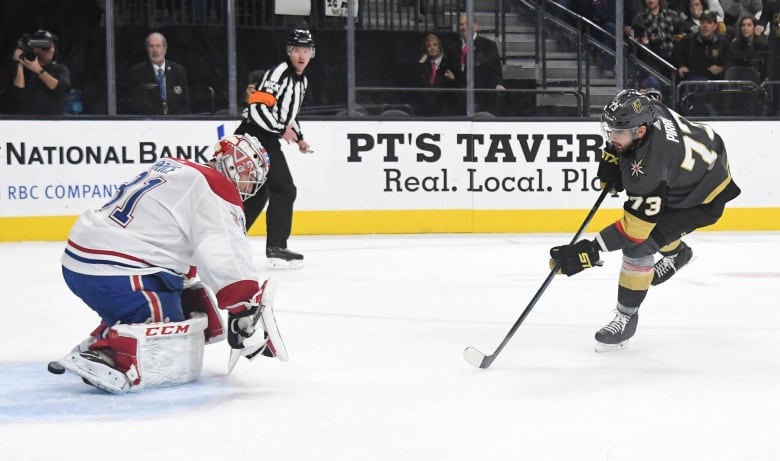 Brandon Pirri of the Vegas Golden Knights is the hottest scorer in the NHL right now. (Ethan Miller/Getty Images)

Brandon Pirri can’t stop scoring. The Vegas Golden Knights winger buried the winner in Tuesday’s 2-0 victory over the Los Angeles Kings — his sixth goal in seven games since being recalled from the AHL. Pirri is with his fifth NHL organization since being drafted 59th overall by the Chicago Blackhawks. The 27-year-old also has three assists with Vegas, but the Knights will have a decision to make once Max Pacioretty comes back from injury. He’s a scoring forward, but less likely to fit in on a third or fourth line. If Pirri plays 10 games in the NHL, he would have to clear waivers before getting sent down.

The Boston Bruins’ 4-2 victory over Chicago on New Year’s Day at the Winter Classic marked the 275th time through 612 games this season (44.9 per cent) a team has overcome at least a one-goal deficit to win. Sean Kuraly’s clincher at Notre Dame Stadium was also the 12th comeback victory in the NHL’s 26 regular-season outdoor games.