Sullivan confirms Murray sustained the concussion during practice yesterday. There’s no timeframe for his return. <a href=”https://twitter.com/hashtag/Pens?src=hash&amp;ref_src=twsrc%5Etfw”>#Pens</a>

It is the second known concussion in eight months and third of his career.

The latest one apparently occurred during the first period of Saturday’s game against the Montreal Canadiens when there was a collision between Montreal forward Brendan Gallagher and Murray.

The 24-year-old Murray, who hails from Thunder Bay, Ont., has allowed 11 goals in two games this season.

Letang on hearing about the Murray concussion: “It sucks, but it’s part of the game.” <a href=”https://twitter.com/hashtag/Pens?src=hash&amp;ref_src=twsrc%5Etfw”>#Pens</a> 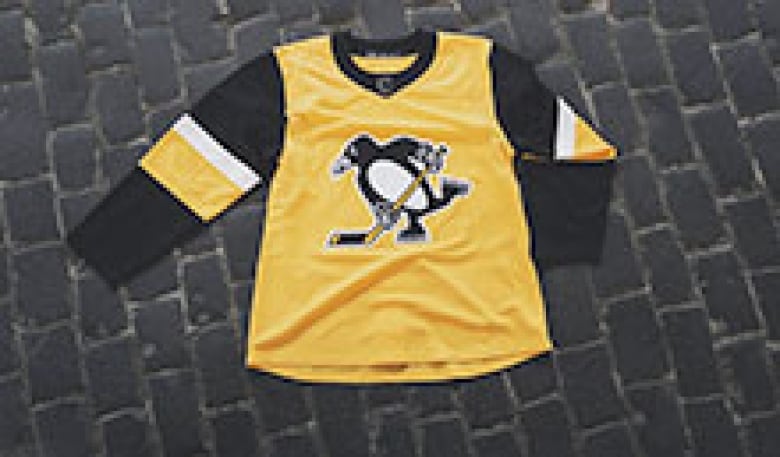 The Pittsburgh Penguins will wear a third jersey a dozen times this season. (Adidas/NHL)

The new design incorporates elements from the 2017 Stadium Series uniform while acknowledging the heritage of gold jerseys worn by star forward Mario Lemieux and the Penguins in the 1980s.

Created by adidas, the jerseys will be worn 12 times this season, starting Nov. 15 when Pittsburgh hosts the Tampa Bay Lightning. The Penguins will also sport gold helmets with the new jerseys.

According to adidas, “creating a signature look for these new thirds, the crest spotlights the standalone skating penguin on a single-toned gold sweater. Mixing the past with the present, the contrasting black sleeves are highlighted with white and gold striping inspired from the Penguins’ 1984 jerseys, while the letters and numbering mirror the current home and away jerseys.”