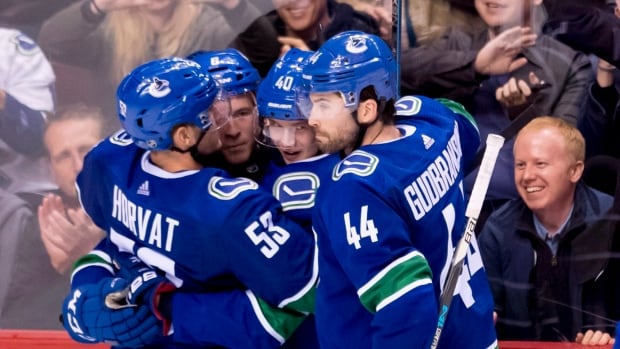 Elias Pettersson scored twice to lead the Vancouver Canucks to a 5-2 win over the Minnesota Wild on Monday.

Jordan Greenway and Ryan Suter replied for the Wild (6-3-2). Devan Dubnyk stopped 26-of-30 shots to get pegged with the loss.

Granlund opened the scoring at 7:17 of the first period only for Greenway to tie it 35 seconds later.

Virtanen restored the lead for the Canucks early in the second and Pettersson made it 3-1 minutes later before Suter got one back for the Wild while on the power play at 14:37.

Pettersson added his seventh of the season and second of the night on a breakaway early in the third and Sutton scored an empty netter to seal the win.