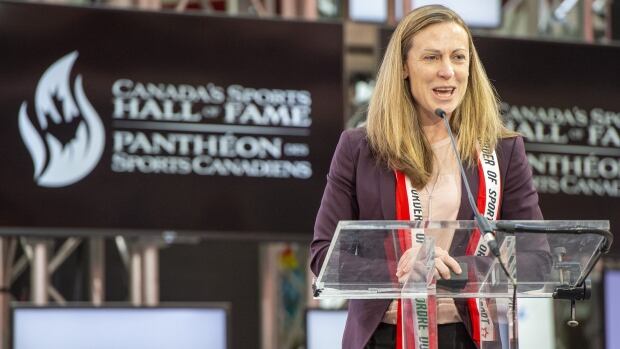 Jayna Hefford is the rare athlete whose work post competition threatens to overshadow her brilliant career.

And Hefford’s hockey days certainly warrant every superlative you can name: four consecutive Olympic gold medal, more career points than anyone other than Hailey Wickenheiser and she’s a natural captain, to boot.

There’s a reason why the best player in the league wins the Jayna Hefford trophy each year.

But Hefford’s challenge now goes straight to the core of almost every issue facing professional women in sport in Canada. As head of the Professional Hockey Women’s Players’ Association, Hefford leads 200 of the best players in the game toward the firm, but polite (she is Canadian, after all), demand for a living wage, more coverage, increased attendance and decent support staff and facilities in which to play.

Everybody knows that the Canadian women’s hockey game is phenomenally good. And everybody’s got an opinion about what needs to happen to build a league that matches the quality and intensity of its players.

Anastasia Bucsis, host of the Player’s Own Voice podcast, leads Hefford to detail the latest volleys in the professional women’s hockey players’ struggle.

Like the CBC Sports’ Player’s Own Voice essay series, POV podcast lets athletes speak to Canadians about issues from a personal perspective. To listen to Jayna Hefford or earlier guests this season,  including Christine Sinclair and Jennfier Jones, subscribe for free on iTunes, Google Podcasts, Stitcher, Tune In or wherever you get your other podcasts.