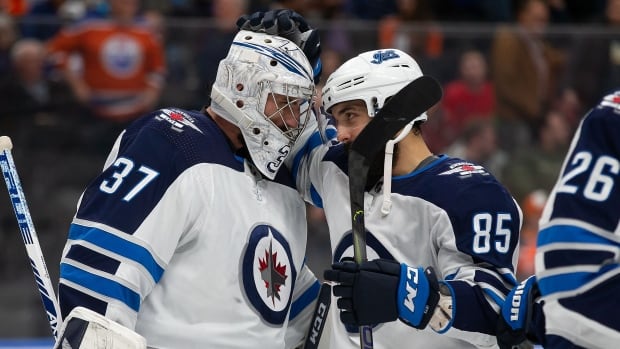 For many athletes, the prospect of professional sports slowly emerging from the COVID-19 pandemic to resume play in empty sports complexes is reason for optimism.

Sure, the stadiums and arenas will be devoid of the fan atmosphere that’s so integral to the professional sports experience, but players currently sitting at home bingeing Netflix shows would be able to once again get their competitive juices flowing.

A possible path back to competition recently put forth by Dr. Anthony Fauci, director of the National Institute of Allergy and Infectious Diseases in the United States, also involves athletes and staff being sequestered in one location.

“Nobody comes to the stadium. Put them in big hotels, wherever you want to play. Keep them very well-surveilled,” Fauci said in an interview Wednesday on Snapchat. “Have them tested every single week and make sure they don’t wind up infecting each other or their family, and just let them play the season out.”

For some athletes, that would mean living apart from their families — likely for an extended period of time.

“Yeah, that would suck,” said Vancouver Canucks defenceman Tyler Myers, who has a wife and young son. “There’s so many high-stress situations throughout a season that one of the best parts is going home to your family. They’re such a big part of your life and what you go through. They don’t get talked about a lot in terms of how much they do for you in your hockey career. They’re such a big part of your mental positivity.

“That would definitely be tough.”

During his press conference on reopening America, President Trump told reporters that professional sports will return without fans, but that eventually he wants “to have packed arenas.” 3:06

Fauci’s scenario would require games to be played in a location with the necessary facilities willing to host events that will involve thousands of people to operate, even without fans in seats. Major League Baseball, for example, has been investigating a scenario where the league begins its delayed 2020 season by basing all 30 of its teams in the Phoenix area.

“You’d have to think about it a little more seriously if it came to that, if the league presented that as the best option for us to finish the season and award a Stanley Cup,” Montreal Canadiens defenceman Ben Chiarot said. “If they brought that to us as, ‘This is our best option for getting this done,’ then I think we’d to put more thought into it and really consider it.

“If this is our best way to get the season done and get the Stanley Cup handed out, then that’s what we have to do. It’s not ideal, but I don’t think anything about this whole situation is ideal or works for anybody in any way. We’ve had lots of times with our family this past month and months going forward — we’re going to have lots of time — so if we have to be away for a little bit in order to get our jobs done … then I think that would be what have to do.”

For Chiarot, being away from his family wouldn’t be the only adjustment. He’d also have to get used to playing in a dead arena at a neutral site, instead of the raucous Bell Centre in hockey-mad Montreal.

“A big bonus of playing in Montreal is our fans,” Chiarot said. “It would be a missing aspect of being a Montreal Canadien.”

Of course, for some athletes the return to action would be too good to pass up.

“It would definitely be crazy, especially with how used to it we are with having fans there and how much we feed off of them,” said Winnipeg Jets goaltender Connor Hellebuyck, who was in the midst of an MVP-calibre season when the league went on hiatus on March 12 because of the novel coronavirus. “But just the fact that we’d get to play again would be awesome.

“Just being on the ice and being able to play hockey would be awesome, and to know that we’re definitely sharing our entertainment to the world again, that would be a good feeling. It would definitely be a little crazier, but I would still enjoy it.”

Norman Powell, who was having a breakout season with the defending NBA champion Toronto Raptors, said he would be open to any equitable scenario that gets him back on the court.

“We’re honestly just waiting to see what the people in charge are coming up with and what they deem necessary, and would be fair for everybody to have a chance to be able to play,” Powell said. “I think that’s one of the main focuses —trying to make sure the rest of the season, no matter what it looks like is fair for everybody, and they get the most out of the games and the players where everybody feels it’s fair to compete, and have a shot to win the championship.”

A similar plan to bring international sports back online would face the additional hurdle of bringing in athletes from all over the world, with different countries having varying measures of success in the battle to contain the coronavirus. Still, there’s the need for athletes on teams that have qualified for the Tokyo Olympics to get into competitive shape for when the Games kick off next summer.

Ghislaine Landry, captain of Canada’s women’s rugby sevens squad, said she doesn’t want to play in an empty stadium, but conceded it might be necessary for teams looking to win a medal in Tokyo.

“Right now with the way everything’s going, I can’t imagine us travelling the world with all the other 12 teams [on the HSBC World Rugby Sevens Series],” Landry said. “And if that’s what it’s going to take to get us playing again, at the end of the day this is going to become our Olympic year and we need to be playing rugby. So from a rugby standpoint, if that’s what it has to be, that’s kind of the second-best option.

“Safety and health come first. At this point, that’s one of the toughest things. We don’t know what the competition schedule is going to look like. We don’t know when we’re actually going to be back playing rugby. And for an athlete who has lived on training programs that work back from certain dates and plans to peak at certain dates, that’s adding a pretty big kink into the plans.”