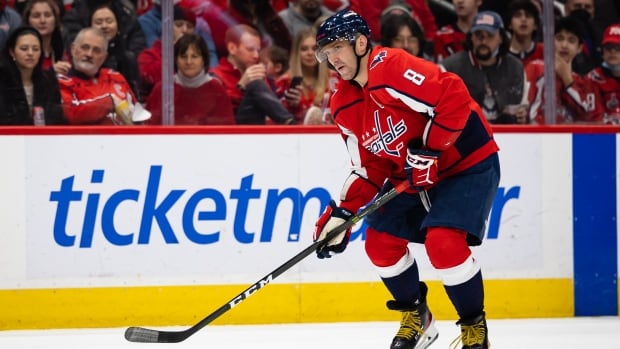 The Moscow native said he has “lots of friends in Russia and Ukraine” and hopes the attack will end soon.

“Please, no more war,” Ovechkin said. “It doesn’t matter who is in the war, Russia, Ukraine, different countries. We have to live in peace and a great world.”

Asked if he supported the invasion, Ovechkin replied: “I’m Russian, right? It’s not in my hands.

“I hope it’s going to end soon and [there’s] going to be peace in both countries. I don’t control this one.”

Ovechkin has been a staunch supporter of Vladimir Putin in the past, starting the PutinTeam social movement in 2017 to drum up support for the Russian President.

Asked about his relationship with Putin on Friday, Ovechkin said: “He’s my president, but I’m not in politics. I’m an athlete.”