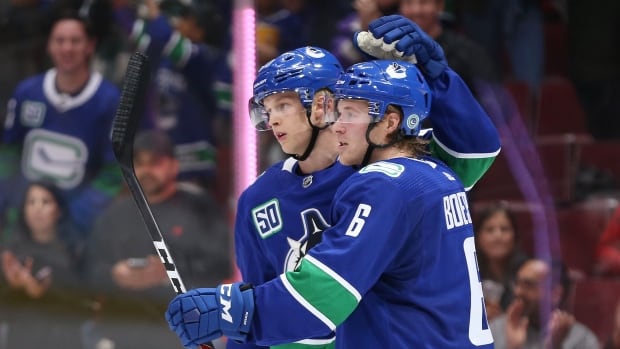 A potent power play scored a trio of goals for the Vancouver Canucks on Tuesday, leading the home team to a 5-1 win over the Detroit Red Wings.

J.T. Miller had a pair of goals for the Canucks (3-2-0) while Elias Pettersson and Alex Edler each had a goal and a pair of assists.

Thatcher Demko had 26 saves for Vancouver to collect his first win of the season in his first start.