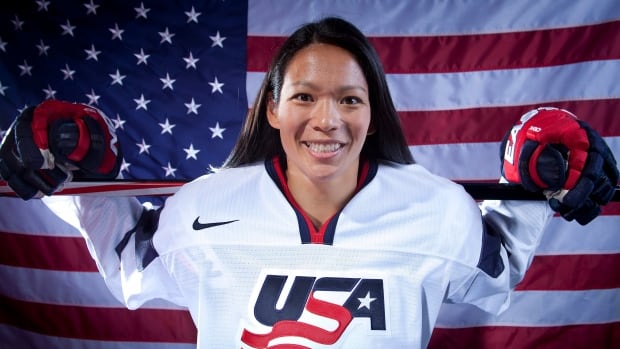 Considering she’s a leader of Canada’s arch-rival in women’s hockey, Julie Chu is remarkably well respected in this country.

The former United States captain has done just about everything a person can do in her sport, and now she’s working for the future of women’s hockey while playing for her Montreal-based pro team, Les Canadiennes.

On this week’s Player’s Own Voice podcast, Julie settles in with host Anastasia Buscis to talk about “living with the enemy” (she and her partner, Team Canada’s Caroline Ouellette, are raising their daughter in Montreal) and her proudest moment in hockey — when the American women stood together in 2017 and refused to play in the world championships unless they got equal treatment to the men’s team.

They won that battle and went on to beat Canada for Olympic gold in Pyeongchang, which was an interesting experience for Chu — how hard do you cheer when your team is winning but your couchmate’s team is taking it on the chin?

Chu is the latest elite athlete to share her story on the POV podcast, which takes an unconventional approach to sports conversations. Like CBC Sports’ Player’s Own Voice essay series, the POV podcast lets athletes speak to Canadians about issues from a personal perspective.

To listen to Julie’s chat and others in our growing list of athletes, Player’s Own Voice is available free on iTunes, Google Podcasts, Stitcher, Tune In or wherever you get your podcasts.