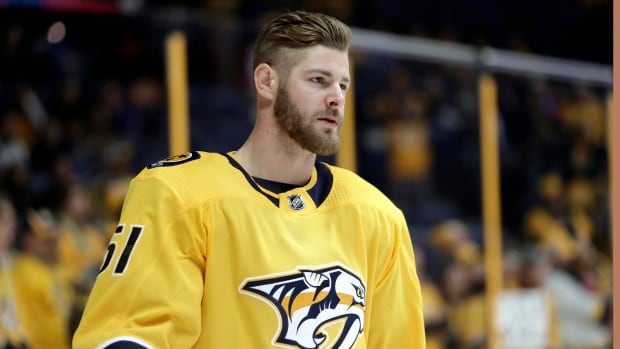 Police in Tennessee have arrested Nashville Predators forward Austin Watson on a charge of domestic assault.

No further information was immediately available.

The Predators issued a statement saying they “are still gathering facts and it’s not appropriate for us to comment further at this time.” Team officials also noted that “this is a matter that we are taking very seriously and we will cooperate fully with the investigation by law enforcement.”

The 26-year-old Watson is a former first-round draft pick who scored a career-high 14 goals and had five assists in 76 games during the 2017-18 regular season. He had five goals and three assists in 13 playoff games.

Watson has 23 goals and 24 assists in 216 career regular-season games, all with the Predators.