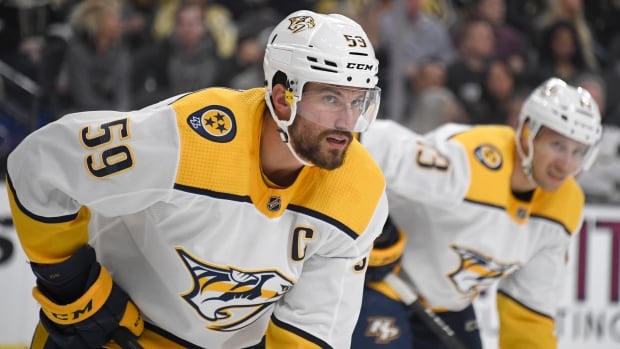 A person with knowledge of the move says the Nashville Predators have agreed to terms on an eight-year contract extension with captain Roman Josi worth just over $9 million US a season.

The person spoke to The Associated Press on condition of anonymity Tuesday because the deal had not been announced. Josi’s new deal begins next season.

The 38th pick in the 2008 draft, Josi now is one of only four defencemen with at least 40 points in each of his last six seasons for Nashville. He was an All-Star last season and played for Switzerland at the 2014 Sochi Olympics

He currently is tied for second with five goals and 13 points among NHL defencemen and tied for 12th among all skaters. Josi had his ninth career game with at least three points in the Predators’ 3-2 win at Tampa Bay last weekend.