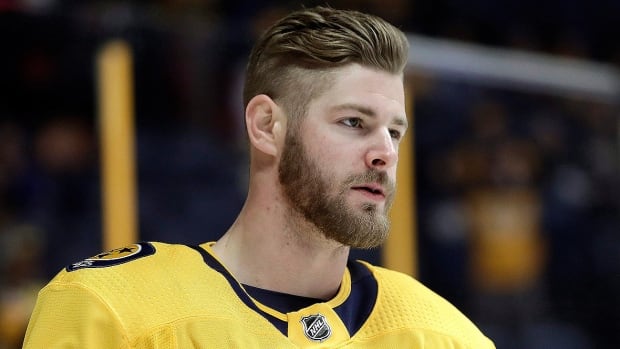 The Nashville Predators have put forward Austin Watson on a long-term injury loan to their American Hockey League affiliate, a week after he earned reinstatement from the NHL.

The Predators announced Monday they have assigned both Watson and forward Mikka Salomaki to the Milwaukee Admirals on a long-term injury loan.

The NHL announced last week that Watson had been returned to available status as he entered the follow-up phase of the league’s substance abuse and behavioural health program.

Watson had been suspended Jan. 29 as he entered the second stage of that program.

Watson also had served a suspension for the first 18 games of the season after pleading no contest to a domestic assault charge in July. His girlfriend, Jenn Guardino, issued a statement in October taking blame for the incident in the parking lot of a gas station.