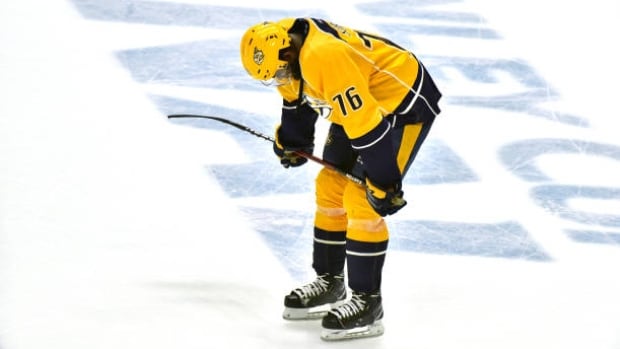 The Predators announced the injury update on both Thursday after their morning skate. They wrap up a five-game road trip Thursday night against the Coyotes.

Arvidsson, who plays on Nashville’s top line, was placed on injured reserve Monday. He was hurt in his first game back, a 5-4 win in Dallas last weekend, after crashing hard into the boards in the third period. Arvidsson had just returned off injured reserve after sitting out three games with a lower-body injury.

Subban left Monday night’s shootout loss in Anaheim briefly but returned. The defenceman left Tuesday night’s loss in San Jose in the first period and did not return.