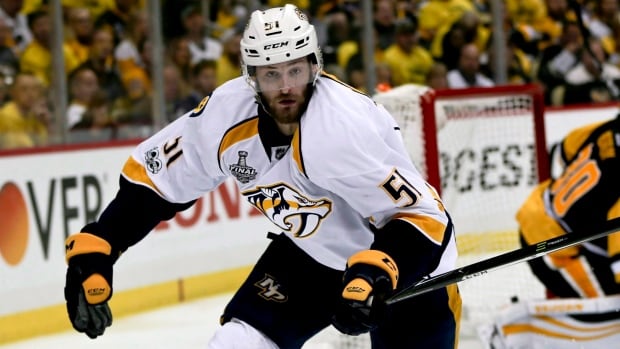 Nashville Predators forward Austin Watson’s 27-game suspension for domestic abuse has been reduced to 18 games by an arbitrator.

Commissioner Gary Bettman handed down the suspension last month. Watson pleaded no contest in July to a charge of domestic assault stemming from an incident in June, and the NHL found Watson engaged in unacceptable off-ice conduct.

The NHL does not have a written domestic abuse policy and has chosen to judge each incident separately. Slava Voynov is currently still suspended indefinitely for a 2014 incident.

Watson was charged in an incident June 16 with his girlfriend after a witness flagged down a police officer to a gas station in Franklin, Tennessee. Watson told police he and his girlfriend were arguing and that he pushed her. Officers said they found red marks on her chest, and she said Watson caused them. Watson pleaded no contest to domestic assault on July 24.