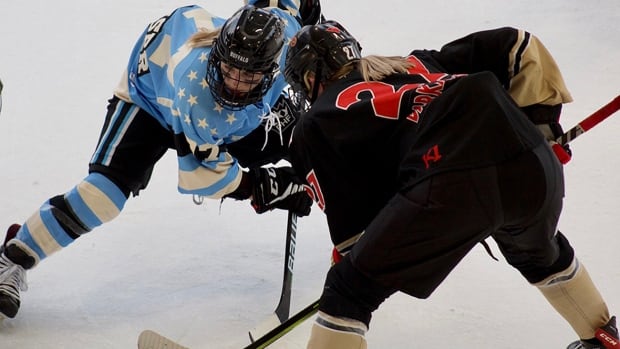 The Premier Hockey Federation is increasing team salary caps for the rest of this season and next to go along with an expansion of the U.S.-based women’s league.

The PHF announced all six teams can spend an additional $10,000 beyond the existing $300,000 US cap this season to add talent from other places. The change includes the ability to have 26 players on a roster and dress 18 skaters a game, up from the previous 25 and 17.

The league previously announced an increase in the cap to $750,000 next season when two additional teams are added. The current six teams are in Boston; Toronto; Newark, New Jersey; Danbury, Connecticut; Buffalo, New York; and St. Paul, Minnesota.

“These changes reflect the PHF’s long-standing commitment to providing opportunities for professional athletes and our goal of attracting world class talent to our teams,” said commissioner Tyler Tumminia, who is resigning after the season.

“This is another positive step forward as we approach the peak of this historic season and look towards future growth of the PHF and professional women’s hockey across North America with dedicated resources like never before.”

These adjustments come amid word surfacing of Tumminia’s pending resignation and the potential sale of the Minnesota Whitecaps.

League spokesman Paul Krotz told The Associated Press on Saturday that Tumminia cited personal reasons when she informed the board of governors in January she was stepping down after two seasons.