Carey Price stopped all 27 shots for his fourth shutout of the season as the Montreal Canadiens blanked the New York Islanders 4-0 on Thursday to remain in the thick of the playoff race in the Eastern Conference.

Joel Armia, Shea Weber, Jonathan Drouin and Jordan Weal scored for the Canadiens (39-28-7), who have won two games in a row after dropping two straight.

Thomas Greiss gave up four goals on 22 shots for the Islanders (42-25-7) before being pulled in the second period. Robin Lehner made 12 saves in relief.

The win came at the right time for the Canadiens, who are battling for a playoff spot.

Montreal started the night one point back of the Columbus Blue Jackets, who played the Edmonton Oilers later Thursday.

The Islanders have the league’s best defence but they’ve conceded nine goals in their last two games after losing 5-0 to the Boston Bruins on Tuesday. 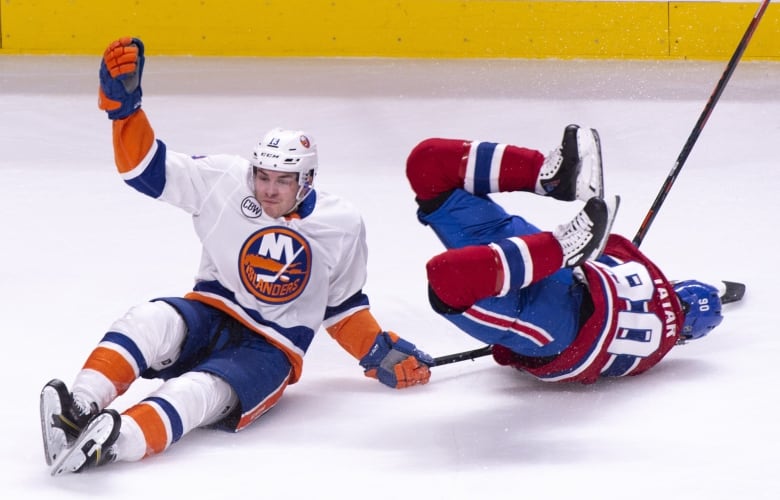 After a back-and-forth first period, Armia gave Montreal the lead with seven seconds left in the frame. With the Canadiens playing on the power play, Armia beat Greiss five-hole from the slot right after Weber stopped Cal Clutterbuck from clearing the puck down the ice.

The Canadiens were all over the Isles to start the second period and it didn’t take long for them to add to their lead.

Weber scored his 13th goal of the season with his signature blistering slapshot to make it 2-0, seconds after Artturi Lehkonen hit the post on a wraparound.

Jordan Eberle, who played despite dealing with an upper-body injury this week, had a chance to get the Islanders back in the game but he couldn’t solve Price. The Canadiens goalie stuck out the pad and made a nice toe save to keep New York off the board.

The home team made Eberle pay for missing that chance on the very next shift, when Drouin completed a tic-tac-toe pass play from Armia and Jesperi Kotkaniemi at 6:00 to snap his 17-game goalless drought. 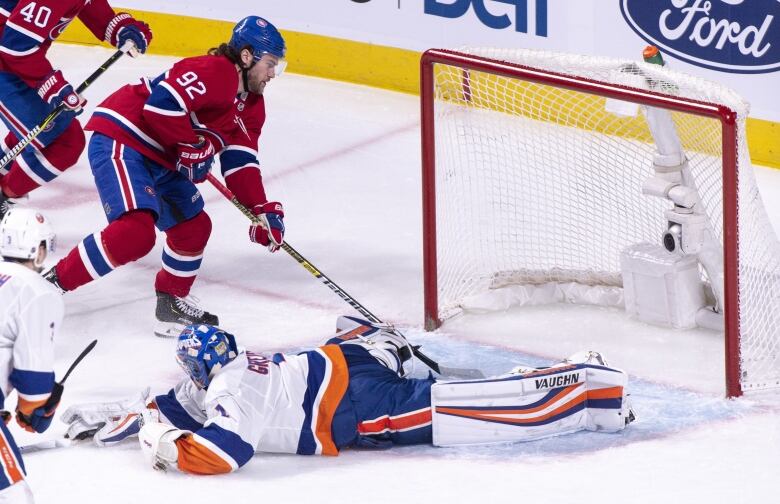 Drouin had not scored since Feb. 7 versus the Winnipeg Jets.

Weal added a fourth for Montreal at 8:19 when he tipped Jordie Benn’s shot past Greiss, who was then replaced by Lehner.

The Isles only managed seven shots in the third period.