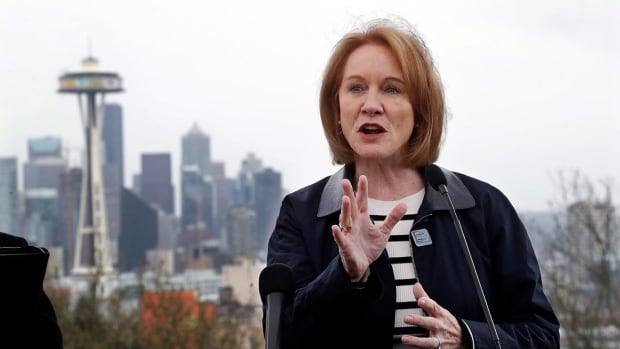 The final sales pitch for an NHL expansion team in Seattle is on.

Members of Seattle’s potential ownership group and Mayor Jenny Durkan are presenting their case to the Board of Governors’ executive committee at the league office. If the executive committee moves the process forward, the board could vote as soon as December to award the NHL’s 32nd franchise to Seattle.

Durkan says she wants to show, “Seattle’s a place you want to have hockey, and if you have hockey in Seattle, everybody’s going to do better.”

Maple Leafs chairman Larry Tanenbaum says he feels good about the group the Seattle Hockey Partners put together and he’s looking forward to hearing what they have to say.