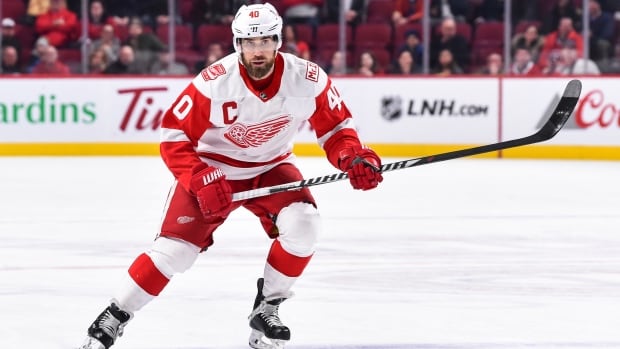 Detroit Red Wings star Henrik Zetterberg remains unsure whether he will be able to play a 16th NHL season in 2018-19 because of an ailing back, but he will definitely not be ready for training camp or the start of the regular season.

Zetterberg confirmed to multiple outlets Tuesday that lingering back pain will prevent him from starting the regular season with the Red Wings, telling the Detroit Free Press that he “will not be able to play from the start.”

“I will need more answers from doctors before I say I have played my last game,” Zetterberg said. “In my mind, I am hoping it can get solved.”

“I have not managed to work properly throughout the summer,” Zetterberg told Sweden’s Aftonbladet. “So, I will miss training camp and thus also the start of the season. Then we will have to wait and see. I’ll drive on with rehab here in Detroit now.”

Red Wings coach Jeff Blashill has left the status of Detroit’s longtime star up to him and his doctors, with training camp scheduled for Sept. 14.

“If he comes into camp and is in a spot where he’s not cleared, I wouldn’t plan on him for the rest of the year,” Blashill said Sunday, according to ESPN. “That would be my take because I don’t know how you go from not being able to train and then not cleared to all of a sudden being cleared.”

Ongoing back issues date back to 2014

Zetterberg, who turns 38 in October, told reporters at the end of the regular season in April that he would have to evaluate his health before deciding whether to retire.

“I don’t want to think I have played my last game,” the left winger told the Free Press. “To me, it’s still early to say that. But obviously, I’ve been through this for the last few years, and I know it’s a thin line.”

Zetterberg told the Swedish newspaper that he has fought through back issues since undergoing surgery in 2014, but despite playing all 82 games in each of the past three seasons, the back has affected him.

“It actually started last season,” Zetterberg said. “I felt in February that something was not right, and then we decided that I would stop practising and just play games. That way I could complete the season.”

He totalled 56 points (11 goals, 45 assists) in 2017-18, finishing seven points back of Dylan Larkin for the team lead. He has recorded at least 43 points in all 15 of his NHL seasons and has 960 for his career, ranking fifth in Red Wings history. Only four active NHL players — assuming Joe Thornton and Patrick Marleau continue their careers — have more points.

Zetterberg has spent the last six seasons as the Red Wings’ captain. Only Steve Yzerman, Alex Delvecchio and Sid Abel have served as captain for at least seven seasons in franchise history.