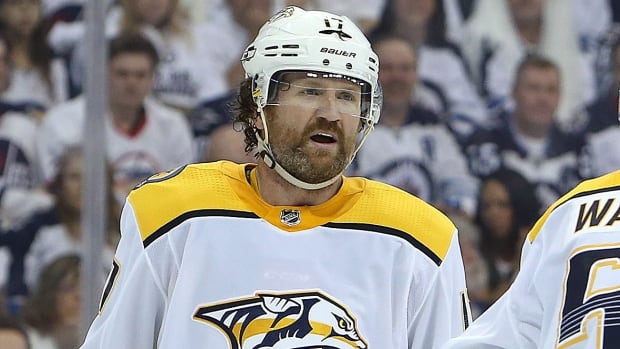 “Seventeen years in the NHL was the best job anyone could ever ask for,” Hartnell tweeted. “The games, the fans, the travel, the hotels, the food, the pre-game soccer games, are just some of the things that I will always remember and miss.”

Last season, he scored 24 points (13 goals, 11 assists) in 62 games in Nashville and had four shots on goal in the Stanley Cup playoffs.

He was an unrestricted free agent.