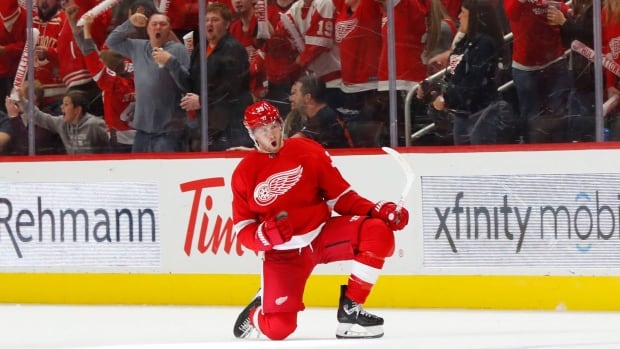 Clichés and hockey have gone hand-in-hand since the first faceoff. From players talking about having a “good bunch of guys in the room,” to coaches saying “our backs are against the wall,” they’re a dime a dozen. (See what I did there?)

This one has to die. I can live with this joke if someone has a huge season opener, but if a player has six goals in the first three games, Wayne Gretzky can rest easy knowing his record of 92 goals is still very safe. If anyone uses the word “pace” before the 50-game mark, I grit my teeth.

‘He is in mid-season form’

This one seems to ONLY be used in the first week. At the mid-season point, a player is either “battling fatigue” or “still going strong.” You could argue that players should be at their best early on in the season because they haven’t been beaten up for 40-plus games. In the first week they are fresh, motivated and probably pretty healthy.

I get it, we have been hungry for nice goals all summer, so the very fact that a guy just dangled a few players before going top shelf on a goalie gets us pretty excited.  But a goal has to be very (VERY) good to guarantee we will still be talking about it after 1,271 games and thousands of goals.

Blake Coleman split the defence and with a man draped all over him somehow one-handed the puck into the back of the net while falling down for a spectacular goal. 0:58

(ED. NOTE: You really think you’re going to see something better than this, Pizzo?)

‘They find themselves in a playoff spot’

I remember I once started a round of golf with three straight pars (huge deal for a hacker like me), but I didn’t break 100 that day. Sometimes even the worst teams in history can pick up a couple of wins in the first week, but remember: 82 games can change a lot.

‘He’s making his case to stay with the big club’

If a first-round draft pick with a lot of potential has a good start, I’m fine with this line. When someone is playing with the big club because of a few injuries and is clearly a placeholder, just stop it. We know he will be sent down any day now.

‘He is already in the Hart Trophy conversation’

There are a handful of players who actually start the season as a Hart Trophy candidate (former winners, bona fide superstars, etc.) No disrespect to the Anthony Manthas of the world but I don’t think he should be clearing a spot on his mantle just yet.

‘This could be their year’

It’s the first week of the season. It could literally be anyone’s year every year.