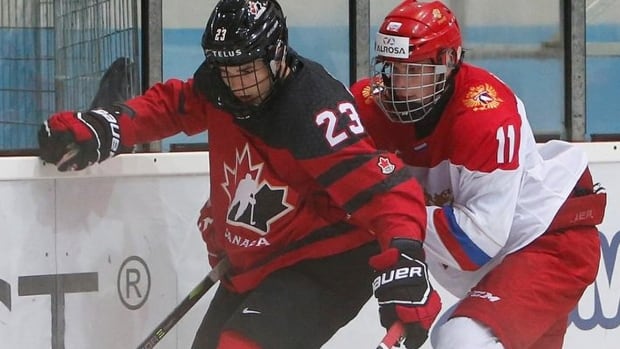 Alexandr Pashin’s second goal of the game proved to be the winner as Russia defeated Canada 3-2 on Saturday in the final of the 2019 Hlinka Gretzky Cup under-18 hockey tournament at Breclav, Czech Republic.

Vasili Ponomaryov also scored and added an assist for Russia, which hadn’t won the tournament since 1995.

Quinton Byfield, on a power play, and Jean-Luc Foudy scored for Canada, which had won the last two Hlinka Gretzky Cup titles and 10 of the last 11.

The event is not sanctioned by the International Ice Hockey Federation, which holds its own U18 championship in April.

The sanctioned tournament conflicts with the Canadian Hockey League playoffs, so the Hlinka Gretzky Cup has traditionally served as a more reliable measuring stick to gauge how Canada’s up-and-coming talent stacks up internationally.

Canada has won the tournament 22 times.