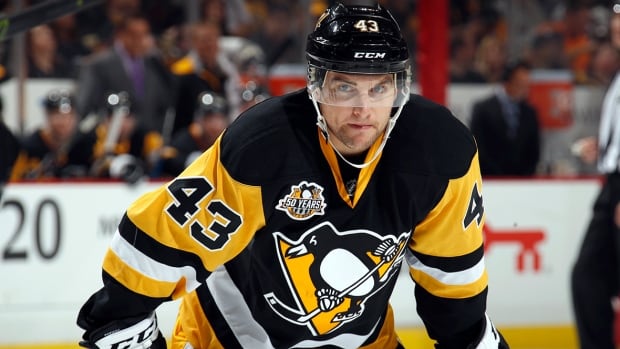 The Buffalo Sabres have acquired forward Conor Sheary and defenceman Matt Hunwick in a trade with the Pittsburgh Penguins, a person with direct knowledge of the deal confirmed to The Associated Press.

The Sabres gave up a conditional 2019 draft pick in the trade completed on Wednesday, the person said. The person spoke on the condition of anonymity because the deal had not yet been announced.

Sheary is a dependable two-way forward who has won two Stanley Cups in his three seasons with the Penguins. He had 18 goals and 30 points in 79 games last season. Sheary’s best season was two years ago when he scored 23 goals and had 53 points in 61 games.

Sabres second-year general manager Jason Botterill previously served as the Penguins assistant GM and had a hand in Pittsburgh signing Sheary to a minor-league tryout contract in 2014.

Hunwick is an 11-year NHL veteran who had four goals and 10 points in 42 games with the Penguins last season.