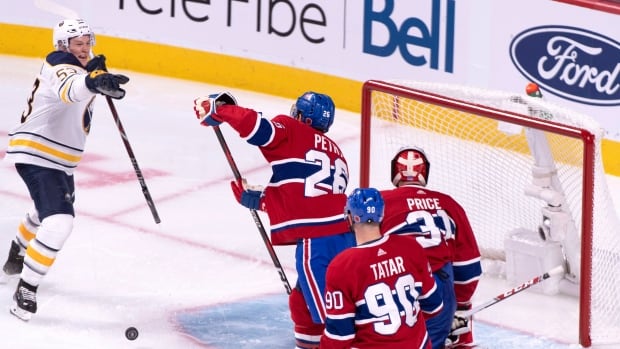 Vladimir Sobotka and Jeff Skinner, with two each, and Conor Sheary scored in regulation time for the Sabres (8-6-2).

Linus Ullmark gave up five goals on 32 shots after two periods. Carter Hutton, in relief, made fives saves in the third.

With the game tied 5-5, Ristolainen scored the winner at 1:38 with a slap shot that blew right past Price after a failed 3-on-1 for the Canadiens at the other end. It was the only shot in overtime.