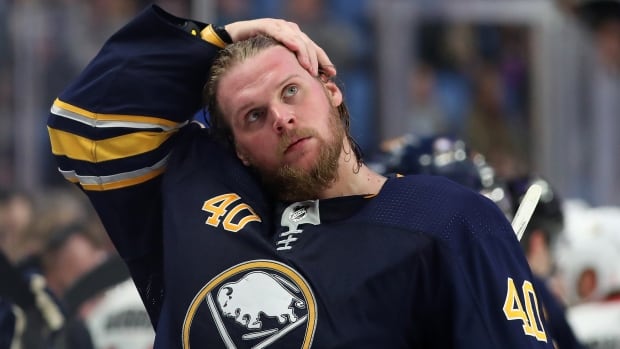 Goalie Robin Lehner will become an unrestricted free agent after Buffalo Sabres general manager Jason Botterill says the team will not extend a qualifying offer to retain the rights of their third-year starter.

Botterill calls it a “difficult decision” in saying the team has informed Lehner he’s not coming back. He spoke to reporters Friday in Dallas, hours before the Sabres open the NHL draft with the No. 1 pick.

The Sabres had the option to retain Lehner by extending him a contract offer valued at about $4 million US.

Buffalo is parting ways with Lehner three years after Botterill’s predecessor, Tim Murray, gave up a first-round draft pick to acquire him and journeyman forward David Legwand in a trade with Ottawa.

Lehner’s tenure in Buffalo was plagued by injuries and inconsistency. Lehner missed the first half of his first season in Buffalo after spraining his right ankle in the Sabres opening game. He finished with a 42-61-22 record in Buffalo, and particularly struggled in winning just six shootout decisions.

Botterill says one of the reasons behind the decision is to provide Linus Ullmark the chance to win the starting job after spending the past three seasons in the minors.