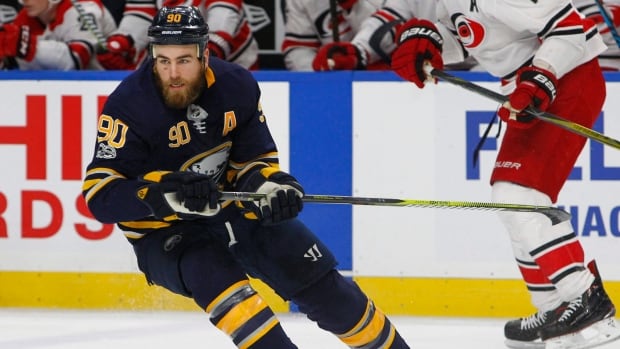 The St. Louis Blues acquired centre Ryan O’Reilly from the Buffalo Sabres for two draft picks, including a 2019 first-rounder, and three players. The Blues confirmed the trade in a press release.

On top of that, the Blues also agreed to pay a $7.5 million US contract bonus O’Reilly was due by the end of the day.

Heading to Buffalo are veterans Vladimir Sobotka and Patrik Berglund, as well as Tage Thompson, who had three goals and six assists in 41 games as an NHL rookie this season. Thompson was the Blues first-round pick in the 2016 draft.

The trade does not come as a surprise after Sabres general manager Jason Botterill declined to rule out the possibility of O’Reilly being traded earlier in the day.

Botterill would only say the asking price will go up if the Sabres were required to pay the O’Reilly’s contract bonus.

“It certainly, to me, changes the dynamic of anything from an asking price or what we’d be looking for from a trade perspective,” he said.

“We’ve always said, if we are going to make any movements on our team, we certainly will look at them because of where we finished in the standings,” Botterill said or a team that finished last for the third time in five years. “But it would have to make sense to make it, to improve our team.”

O’Reilly completed his third season in Buffalo since being acquired in a trade with Colorado, after which the Sabres signed him to a seven-year, $52.5 million contract. He’s a dependable, two-way forward, who set the NHL record by winning 1,273 faceoffs last year.