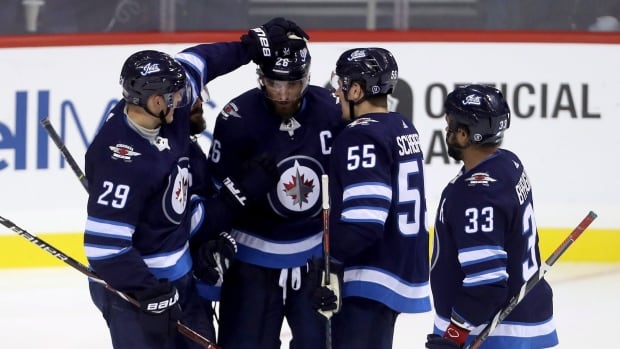 Mark Scheifele and Blake Wheeler each had three-point games as the Winnipeg Jets defeated the Edmonton Oilers 5-3 in pre-season play Sunday.

Scheifele scored a power-play goal, added another shorthanded and picked up an assist on Wheeler’s power-play goal. The captain also had a pair of assists.

Connor Hellebuyck made 38 saves for Winnipeg, which is 3-1-0 in the pre-season.

The Oilers got a pair of goals from Kailer Yamamoto and one from Ethan Bear as they dropped to 3-1-0. Top players such as Connor McDavid and Leon Draistaitl didn’t dress.