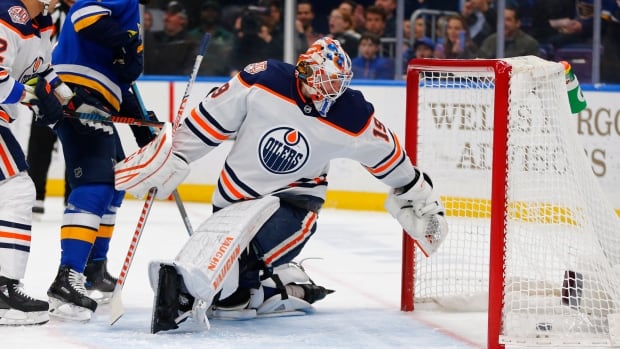 Schwartz scored once in each period for his fourth career hat trick and first since Oct. 18, 2017, against Chicago.

Alex Pietrangelo and Pat Maroon also scored for the Blues, who outshot Edmonton 42-16 and improved to 6-1-2 in their last nine home games against the Oilers.

St. Louis jumped out to a 4-0 lead before Edmonton scored twice late in the second period. The Blues added three goals in the third.

Schwartz opened the scoring at 11:41 of the first. He got the puck in the corner, skated into the left faceoff circle and lifted the puck from a bad angle over goalie Mikko Koskinen’s glove.

Perron got an assist after his takeaway in the neutral zone started the play, extending his point streak to 16 games. Perron was playing his third game after missing 24 with an upper-body injury. He has 20 points in those 16 games. Pietrangelo scored his 13th goal 27 seconds into the second period. From the left side, Schwartz passed to a wide-open Pietrangelo in the slot. He skated in and faked to his right before going left and slipping the puck into the net.