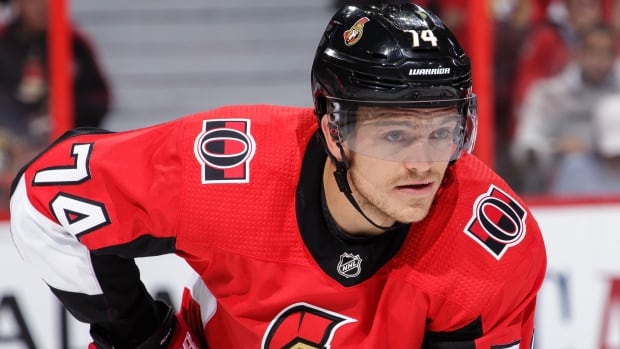 The NHL has suspended Ottawa Senators defenceman ​Mark Borowiecki for his elbow to Boston’s Urho Vaakanainen’s face during Ottawa’s 4-1 loss on Tuesday.

Borowiecki, who was not penalized on the play, caught Vaakanainen with the elbow in a scrum by the Senators’ crease at 3:05 of the first period.

Under the terms of the league’ collective bargaining agreement, Borowiecki will forfeit $6,451.61 US. The money goes to the Players’ Emergency Assistance Fund.

Vaakanainen, a rookie defenceman with the Bruins, suffered a concussion.

“It’s a flying elbow,” Bruins head coach Bruce Cassidy told reporters after the game. “Listen, I am not in the heat of the battle [but] it looked fairly deliberate. But that’s not for me to decide.

Borowiecki, 29, will miss Friday’s game against the Avalanche in Denver