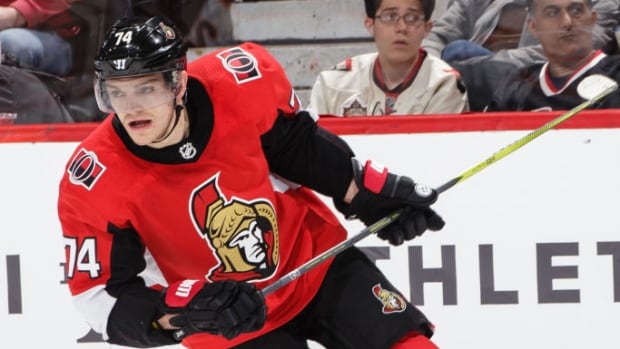 Ottawa Senators defenceman Mark Borowiecki has been suspended for the second time in less than a week.

The NHL’s Department of Player Safety announced Monday night that Borowiecki was handed a three-game suspension without pay for an illegal check to the head of Vegas Golden Knights forward Cody Eakin.

The incident occurred at 15:24 of the first period in Ottawa’s 4-3 overtime loss against Vegas on Sunday.

Borowiecki was assessed a major penalty for charging and a game misconduct.

The 29-year-old is considered a repeat offender and will forfeit $43,902.45 US. The money goes to the Players’ Emergency Assistance Fund.

Borowiecki was playing in his first game after serving a one-game suspension handed down on Oct. 24 for an elbow on Boston Bruins defenceman Urho Vaakanainen.