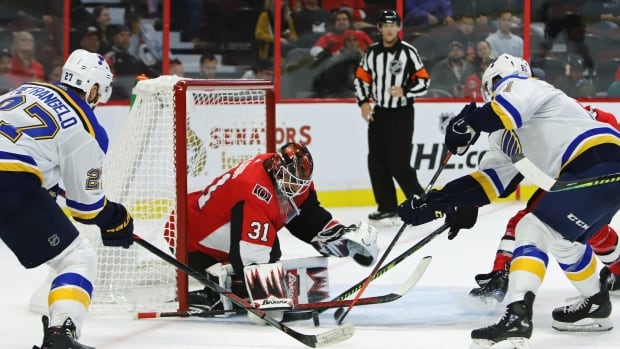 David Perron, with his second of the night, scored the winning goal for the St. Louis Blues as they defeated the Ottawa Senators 6-4 on Thursday.

Vitaly Abramov, Artem Anisimov, Chris Tierney and Anthony Duclair replied for the Senators (0-3-0), who are off to their worst-ever start after losing their third straight game in regulation.

Anders Nilsson stopped 31 shots in his first start of the season for Ottawa.

Perron broke a 4-4 tie with under five minutes remaining for the winner and O’Reilly sealed the game with an empty-net goal.

The Blues made it 3-3 early in the third as Bouwmeester fired from just inside the blueline through traffic to beat Nilsson five-hole.