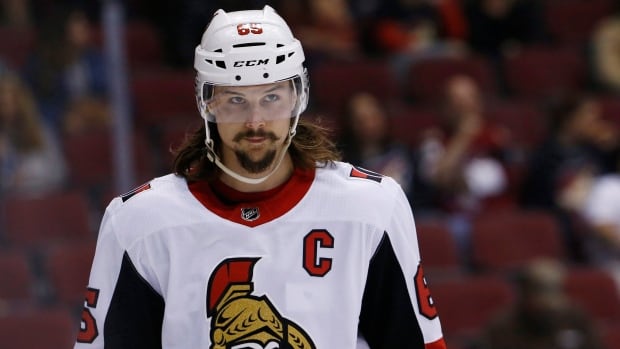 The Ottawa Senators have given interested teams permission to negotiate a contract extension with superstar defenceman Erik Karlsson, according to Larry Brooks of the New York Post.

Karlsson, who is a free agent at the end of the 2018-19 season, has been the target of trade speculation dating back to last year and this moves the team one step closer to dealing the former Norris Trophy winner.

Senators have given interested teams permission to talk contract extension with Karlsson. Sounds as if he is looking for Doughty deal (8×11)

Reports Sunday stated the Senators had offered Karlsson an extension, something that was promised months ago. No details were released on what that offer was, but many believe Karlsson is seeking something close to what the Los Angeles Kings just gave Drew Doughty (eight years, $88 million US).

“We don’t really want to talk about roster players, contract negotiations, trades, all these things, but I think we owe it to our fans and we made a promise at the town hall that we would make a contract offer to Erik Karlsson and we’ve done so,” Senators general manager Pierre Dorion said Sunday. “We’re not going to talk any more about it, but we talked about it previously and that’s about all we’re going to say on the subject.”

The relationship between Karlsson and the Senators has been waning for months, coming to a head in June when reports came out about former teammate Mike Hoffman’s fiancee harassing Karlsson’s wife Melinda. Hoffman was traded shortly after.

Karlsson, who this past season produced 62 points in 71 games, is set to count $6.5 million against the cap in the final year of his deal.