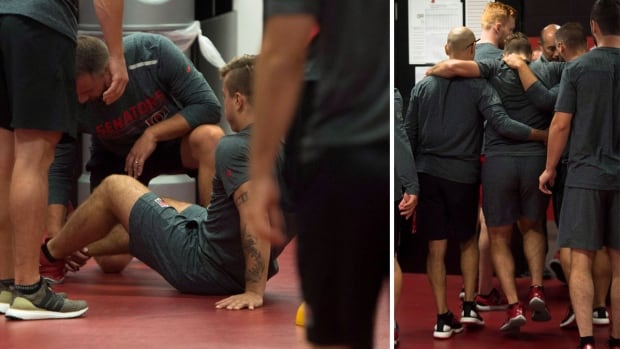 One day after trading Erik Karlsson, the Senators lost another key contributor for the upcoming season.

The team confirmed Friday that centre Jean-Gabriel Pageau will miss up to six months with a torn Achilles tendon.

Medical update: <a href=”https://twitter.com/hashtag/Sens?src=hash&amp;ref_src=twsrc%5Etfw”>#Sens</a> centre Jean-Gabriel Pageau suffered a torn achilles tendon in his right leg during training yesterday. Surgery was performed last night to repair the injury and he is expected to miss a minimum of six months.

Pageau suffered the injury during physical testing on Thursday.

The injury will likely keep Pageau, 25, out for the entire season.

Slated to be the team’s second-line centre, Pageau posted 39 points, including 14 goals in 78 games last season.

Pageau is in the middle of a three-year, $9.3-million US deal with the team.