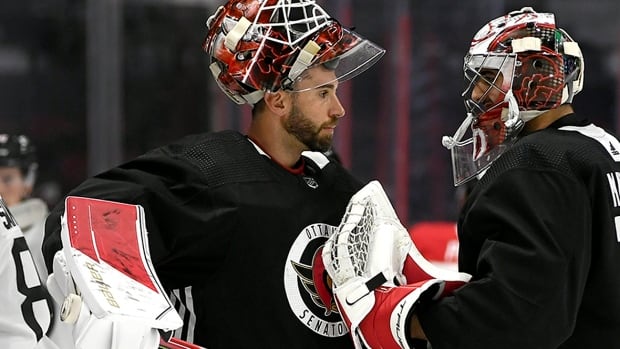 Talbot had been listed as day-to-day but hadn’t skated in four days, according to the network. The Senators also claimed goalie Magnus Hellberg off waivers from Seattle on Monday.

The Senators acquired Talbot from Minnesota for fellow goalie Filip Gustavsson in July. A veteran goalie was needed after Matt Murray was dealt to the Toronto Maple Leafs.

Hellberg, 31, has appeared in five NHL games with three teams.