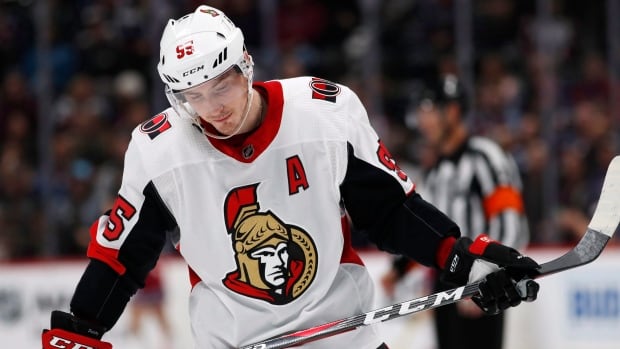 Several Ottawa Senators players were caught on tape joking and trash-talking their team’s defence in a video posted online, adding another scandal to an organization that’s been riddled with them lately.

A video on a Post Media outlet’s YouTube page shows Senators players talking about their ineffective penalty kill and mocking one of their coaches in what appears to be a recording from a camera mounted on the dash of an Uber driver’s van or SUV. There are seven players in the vehicle, including Matt Duchene, Chris Wideman, Chris Tierney and Thomas Chabot.

A Post Media story Monday night said the video was posted elsewhere online over the weekend and has since been deleted. It’s not clear who posted the original video.

The Uber driver is heard asking what team the players play for near the beginning of the video and Wideman, seated in the passenger seat, replies: “Ottawa. If you can tell we’re really pleased with our ….” A player seated in the middle row of the vehicle finishes his sentence: “with our PK.”

The players go on to mock assistant coach Martin Raymond, who handles the team’s penalty-killing unit, in the five-minute clip that appears to have been recorded in the Phoenix area.

“Marty Raymond, the only coach in NHL history to have the worst power play and the worst PK within a calendar year,” Duchene says.

“Here’s the other thing, too. We don’t change anything ever. So why do we even have a meeting?” he says.

The Senators are currently 29th in the league in penalty killing at 68.8 per cent.

The team did not immediately respond to a request for comment on Monday night.

Negative headlines dogged the Senators last season, including a threat by owner Eugene Melnyk to move the team if ticket sales didn’t improve. And in May, the wife of former captain Erik Karlsson filed an order of protection against Mike Hoffman’s fiancee, claiming she had posted over 1,000 “negative and derogatory” comments about her on social media.

Both Karlsson and Hoffman were traded in the off-season.

Uber’s website lists a lengthy section on privacy but does not specify if drivers record audio or video during rides. The section does say: “Uber may share your information other than as described in this policy if we notify you and you consent to the sharing.”