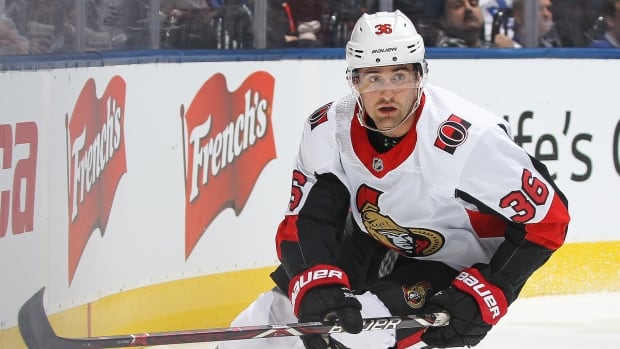 White will miss three to five weeks with a sore hip flexor/groin, while Artem Anisimov is expected to be out up to 14 days with a lower-body injury.

Logan Brown, the 11th pick in the 2016 NHL draft, has been recalled from the AHL’s Belleville Senators to fill one of the roster spots.

White, who signed a six-year, $28.5-million US contract extension last month, has one goal and one assist in eight games this season. The 22-year-old had failed to record a point in his last four outings.

Acquired from the Chicago Blackhawks in July for Zack Smith, the 31-year-old Anisimov has one goal in five games in 2019-2020.

Ottawa’s rough start to the season continued on Monday with a 2-1 loss in Dallas. 1:27

Brown has one assist in six career NHL games, but has three goals and seven points in five outings for Belleville this season.

The Senators sat last in the NHL’s overall standings at 1-6-1 heading into Wednesday night’s game against the Detroit Red Wings at Canadian Tire Centre.