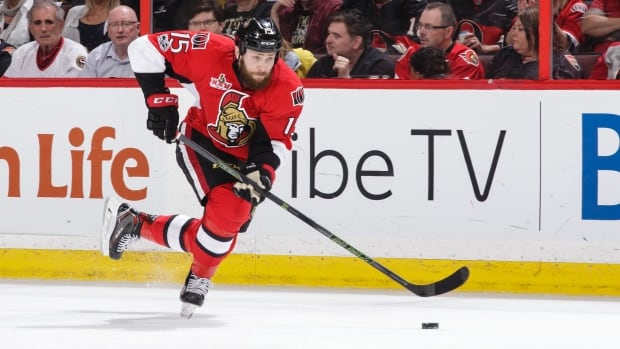 The Ottawa Senators have placed forward Zack Smith on waivers.

Smith has three years remaining on a four-year, US$13-million dollar contract extension he signed in January 2017.

The 30-year-old native of Maple Creek, Sask., has played his entire NHL career with Ottawa and has 85 goals, 80 assists and 612 penalty minutes over 542 career regular-season games.

Known for his physical play, Smith has also shown some offensive flair. He scored 25 goals and added 11 assists in 2015-16 and had 16 goals and 16 assists the following season.

His production dropped off considerably last season, when he managed five goals and 14 assists in 68 games.