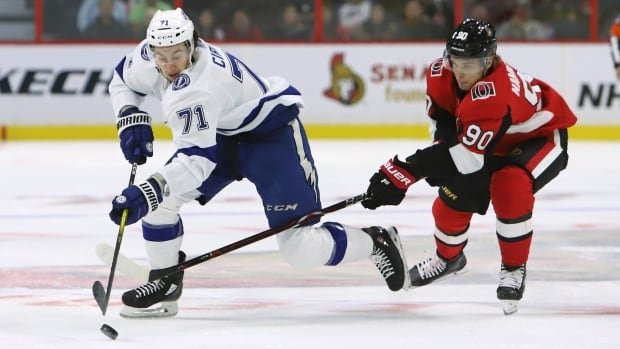 Vladislav Namestnikov scored his first two goals for his new team late in the third as the Senators topped the Tampa Bay Lightning 4-2 on Saturday for Ottawa’s first win of the season.

Colin White and Jean-Gabriel Pageau also scored as the Senators (1-3-0) stopped their franchise-worst start to a season.

Ottawa got 19 saves from Craig Anderson, who returned to the crease after watching his team let in six goals in Thursday’s 6-4 loss to the Stanley Cup champion St. Louis Blues.

Namestnikov was drafted by the Lightning in 2011 and had notched only an assist in his Senators debut on Thursday after he was traded from the New York Rangers to Ottawa on Monday.

On Saturday, he scored at 16:57 in the third and added an empty-netter with just seconds remaining.