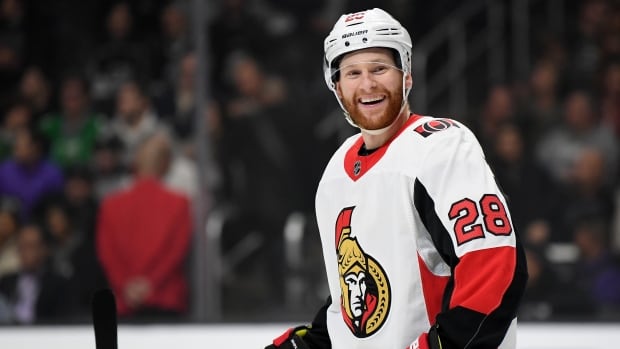 The Ottawa Senators have avoided arbitration with Connor Brown by signing the forward to a three-year, $10.8-million US contract.

The Senators and Brown were scheduled to have an arbitration hearing Thursday.

Brown had 16 goals and 27 assists over 71 games for the Senators last season. His 37 assists and 43 points were career highs.

The 26-year-old from Toronto was selected by the Maple Leafs in the sixth round, 156th overall, at the 2012 NHL draft.

He was acquired by Ottawa along with defenceman Nikita Zaitsev in a July 1, 2019 trade that sent defencemen Cody Ceci and Ben Harpur to Toronto.

“We’re very happy to have Connor back under contract,” Senators general manager Pierre Dorion said in a release. “He brings a veteran presence to our lineup and is a player who can play in different situations.

“He’s durable, has a strong work ethic with great practice habits and is regarded as a leader by his teammates.”