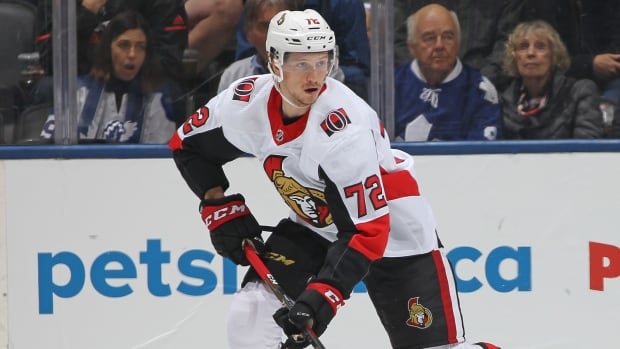 Thomas Chabot had two goals and an assist, Craig Anderson made 34 saves, and the Ottawa Senators defeated the Toronto Maple Leafs 5-3 on Saturday.

Dylan DeMelo and Chris Tierney, who were among the players acquired from the San Jose Sharks in the Erik Karlsson trade, also scored for Ottawa (1-0-1). Mark Stone added an empty netter with 24.3 seconds left.

Zack Smith chipped in with two assists for the Senators, who are in the midst of a rebuild, but have looked good with their young roster through two games.

Mitch Marner, Auston Matthews and Morgan Rielly each had a goal and an assist for Toronto (1-1-0) — Stanley Cup contenders that have had a wobbly start to the 2018-19.

Frederik Andersen stopped 19 shots for the Leafs, who visit the Chicago Blackhawks on Sunday.

Chabot, a 21-year-old defenceman starting his sophomore NHL season, snapped a 3-3 tie with his second goal of the game at 1:42 of the third period when he slid the puck through the skates of rookie Toronto blue-liner Igor Ozhiganov off the rush before beating Andersen upstairs.