The Ottawa Senators sent Mike Hoffman to the San Jose Sharks for Danish winger Mikkel Boedker after allegations Hoffman’s girlfriend had been harassing his captain’s family.

In an application for a peace bond filed May 4 in an Ottawa court, Melinda Karlsson alleges that Caryk posted hundreds of derogatory online messages aimed at her and her husband.

“Today’s trade showcases our determination to strengthen the future of the team by improving chemistry, leadership and character in the locker room and on the ice,” said Senators general manager Pierre Dorion in a news release.

“We are confident it is a step in the right direction for the long-term success of this organization.” 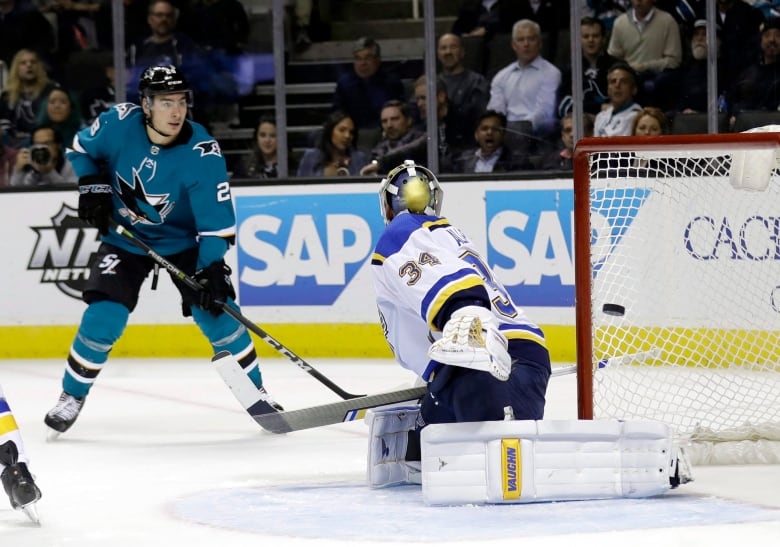 Mikkel Boedker has 109 goals and 179 assists in 618 NHL games with the Coyotes, Avalanche and Sharks. (The Associated Press)

Both wingers are 28 years old and have scored just over 100 goals in the NHL, though Boedker has played three more seasons.

“Mikkel Boedker is a competitive, versatile, two-way forward who can play both wings,” said Dorion.

“He has a track record of playing his best hockey in the most important games, including the playoffs and internationally.”

Less than three hours after the trade was announced, the Florida Panthers announced they’d acquired Hoffman and a 2018 seventh-round draft pick from San Jose in exchange for Florida’s 2019 second-round pick and their 2018 fourth- and fifth-round picks.

<a href=”https://twitter.com/hashtag/Sens?src=hash&amp;ref_src=twsrc%5Etfw”>#Sens</a> general manager Pierre Dorion on Julius Bergman: <br><br>”Julius is a young defenceman with size and can move the puck. He’ll help with our organizational depth on defence and we think he has the chance to play NHL games for us in the future.”

The alleged harassment story was one of the latest development in a turbulent stretch for the Senators.

Last week, the Senators suspended assistant general manager Randy Lee, who has a court date in Buffalo next month for a harassment charge.

In May, former captain and fan favourite Daniel Alfredsson was quoted saying at an event in Ottawa he hopes the Senators are sold to an owner other than Eugene Melnyk to ensure their future in the nation’s capital.

Billboards were put up earlier in the year in Ottawa with the hashtag #MelnykOut. Before an outdoor game in December in Ottawa, Melnyk threatened to move the franchise if attendance didn’t pick up.