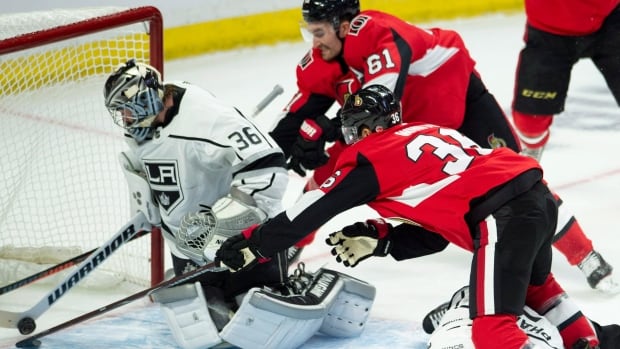 Chris Wideman scored twice to lead the Ottawa Senators to a 5-1 win over the Los Angeles Kings on Saturday afternoon at Canadian Tire Centre.

Trevor Lewis scored the lone goal for the Kings (2-2-1), who will wrap up their four-game road trip Monday in Toronto.

Los Angeles netminder Jack Campbell, who was making his fourth consecutive start, allowed four goals on 11 shots before being replaced by Peter Budaj.

Budaj allowed one goal on 11 shots.

Tierney opened the scoring just over six minutes into the game as he tipped a Dylan DeMelo shot past Campbell.