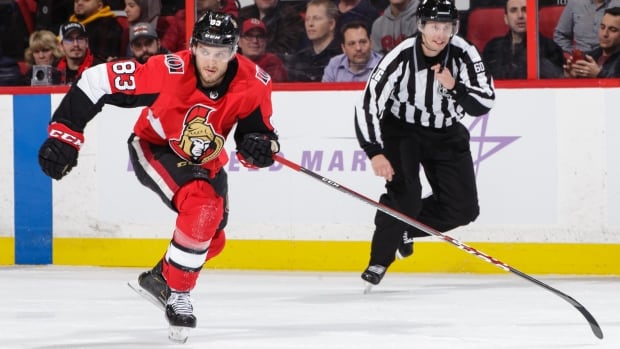 The Ottawa Senators have acquired forward Jack Kopacka and a 2022 seventh-round draft pick from San Jose in exchange for defenceman Christian Jaros.

Kopacka was acquired by the Sharks from the Anahaim Ducks earlier Wednesday in exchange for defenceman Trevor Carrick.

The native of Lapeer, Mich., had 15 points (seven goals, eight assists) over 37 games with the Ducks’ American Hockey League affiliate, the San Diego Gulls, in 2019-20.

The 22-year-old was selected by Anaheim in the fourth round, 93rd overall, in the 2016 NHL draft after four seasons with the Ontario Hockey League’s Sault Ste. Marie Greyhounds.

Jaros, from Kosice, Slovakia, had a goal and 12 assists over 76 career games with the Senators. He had been assigned to Belleville of the AHL at the start of the 2020-21 season.