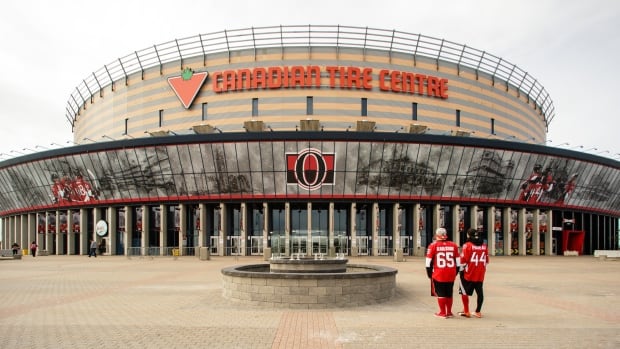 The Ottawa Senators Foundation is cutting ties with Capital Sports & Entertainment, the owner of the Senators hockey team, the charitable foundation said in a news release Thursday.

Founded in 1998, the foundation raises money to support local charities and community programs that help children and youth across Ottawa.

The foundation said the current agreement with the NHL club, which grants the foundation the right to use team trademarks including the Senators name and logos, expires on July 31, and won’t be renewed.

“For 22 years, the foundation has benefited immensely from its relationship with the Ottawa Senators,” the statement said. “We have worked closely with the club, its players, alumni, staff, corporate partners and fans as well as the community at large, and together we have made a measurable difference in the lives of children and youth throughout the National Capital Region.”

The release doesn’t explain why the relationship is ending, raising questions about what it all means for the future of the charitable organization.

“As a first priority, we will look to fulfil our current operational, legal and charitable obligations by July 31, 2020, after which we will focus on the foundation’s future,” the statement said.

“In the meantime, we thank the Ottawa Senators for 22 years of partnership and the generosity of people and business throughout the region for supporting the work of the foundation resulting in thousands of game-changing opportunities for kids.”

The foundation has been criticized in the past by a charity watchdog over the amount of money it raises that actually went to good causes. A 2018 analysis by Charity Intelligence Canada found that only 46 cents of every dollar donated to the Senators Foundation actually makes it to the recipients the organization supports.