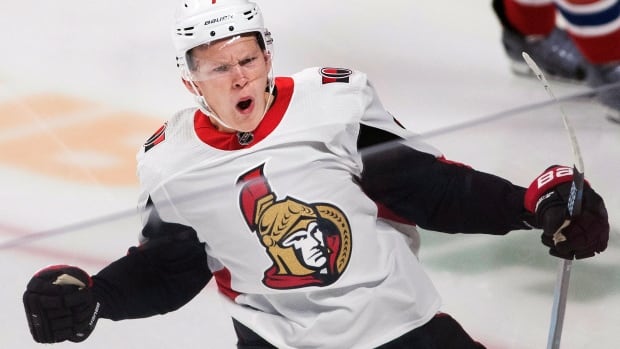 Just four games into an impressive start with the Ottawa Senators, rookie Brady Tkachuk has been sidelined for a month with a torn ligament.

The team tweeted the news on Wednesday afternoon.

The coach confirms that Brady Tkachuk will be out about a month with a torn ligament in his leg.

Tkachuck, who’s expected to be an important piece in the team’s rebuild, has taken the league by storm in his debut season.

In four games Tkachuk has netted three goals, placing him second in scoring on the team and third among the league’s rookies. Only fellow rookie Maxime Lajoie has more goals for the Senators.

Tkachuck also has three assists for a total of six points this season.

Ottawa next take the ice against Montreal when the Canadiens visit the Canadian Tire Centre on Saturday.