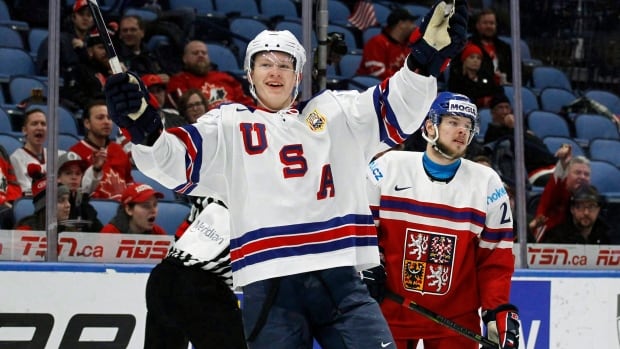 The Ottawa Senators have signed forward Brady Tkachuk to a three-year, entry-level contract.

The 18-year-old St. Louis native was selected fourth overall by Ottawa in the first round of last month’s NHL draft.

Tkachuk led the Boston University Terriers with 23 assists in his freshman season and ranked second on the team in plus/minus rating at plus-15.

The six-foot-three, 192-pound winger helped the United States to a bronze medal at the 2018 world junior hockey championship. He finished in a tie for fifth in scoring with three goals and six assists.

“Brady Tkachuk exemplifies all the attributes around which we want to improve the Ottawa Senators,” general manager Pierre Dorion said in a statement. “He is a young man of exceptional character. We know how much he agonized over leaving Boston University, and we are encouraged by the degree of accountability and commitment this shows from him.”

Tkachuk is the son of former NHL forward Keith Tkachuk and the brother of current Calgary Flames winger Matthew Tkachuk.